To create a new event, click on the Create button on the page with the list of events:

On the creation page, you need to select the required type of event. Each type has its own peculiarities of creation.

The following types of events are currently available:

To create an event, select the event type in the list (1).

By default, the event has a name, standard text in all languages connected to the portal and a standard image for the notification.
If necessary, you can change the Title (3) of the event.

Also, the Event text (4) can be edited as needed in all languages connected to the portal (2).

Instead of the standard image, you can also attach a new one (6). We recommend using a png or svg image with a transparent background and 4:3 aspect ratio (for example, an image of 800x600). If you do not specify your own image, the default image is displayed.

The preview button is available - (7).

The Template variables block (8) displays the variables available for this event.

After editing, the event is required to be published (5).

Anniversary of work in the company #

The Anniversary of work in the company event is sent to users after the first login on the day of the anniversary. The date of hiring is taken from the corresponding field in the user's profile.

If the user has not visited the portal on the anniversary day, they will receive a greeting after the first login.

An example of a standard event notification: 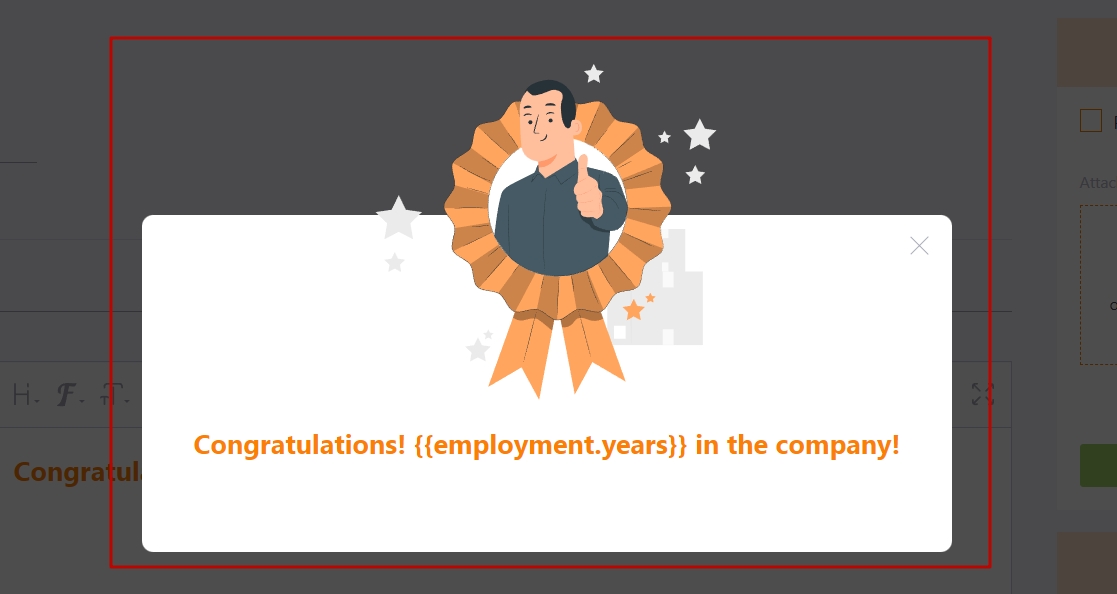 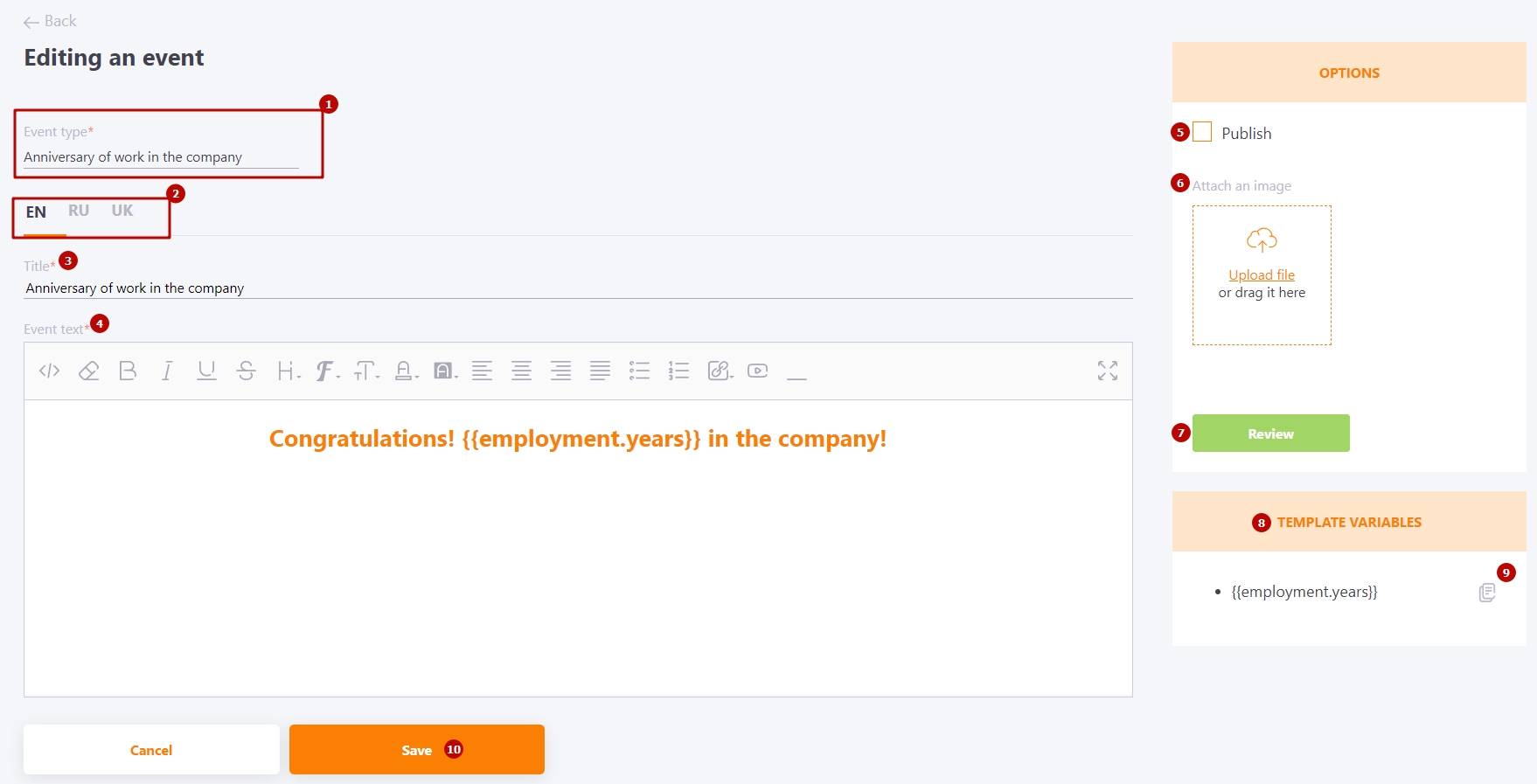 The Anniversary of working in the company can be created only once and it will work for all anniversary values (1,2, 3, ..., N years).

An example of a standard event notification: 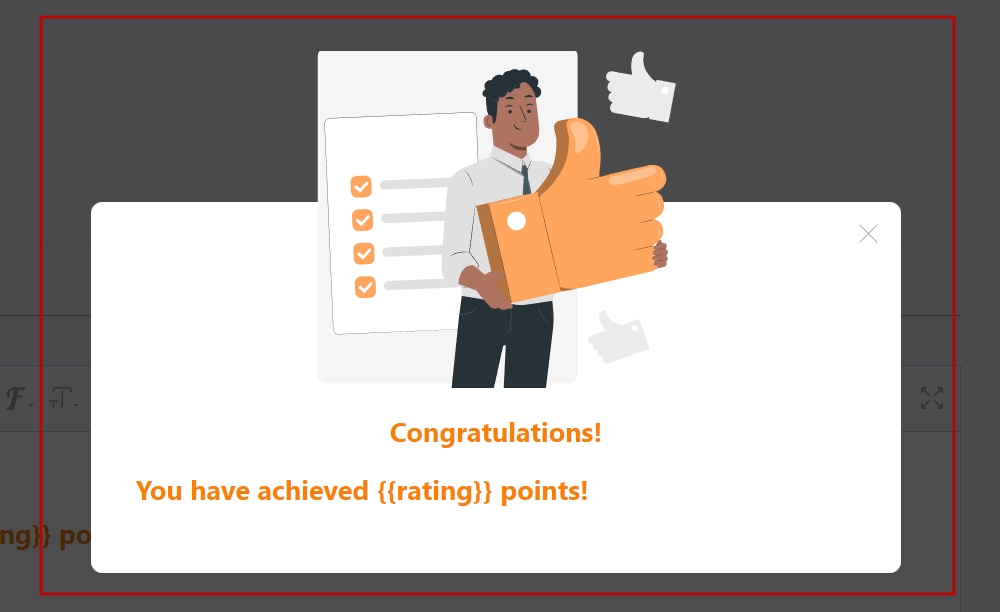 The {{rating}} variable (8), which determines the number of rating points that the employee has received, is used for the Gained raiting event.