How to change the import file

The import file should be generated automatically by the personnel accounting system installed in the company. This is the best way to avoid errors and subsequent troubles that can occur if a data error is made.

But sometimes it is necessary to make a "manual" change in the data to import employees.

Here's how to do it.

cp1251 is a standard Windows encoding for Russian, Ukrainian, Belarusian languages. Therefore, cp1251 encoding file is correctly opened by any version of MS Excel and is displayed as a table, the data of which can be changed.

You can also open a file with a list of users in a text editor, such as Notepad++.

It is not possible to open a file in this encoding in MS Excel. To be able to read and edit it, it is necessary to import this file into MS Excel.

This software works directly with this kind of file Libre Calc.

Importing file data into MS Excel is done in 7 steps: 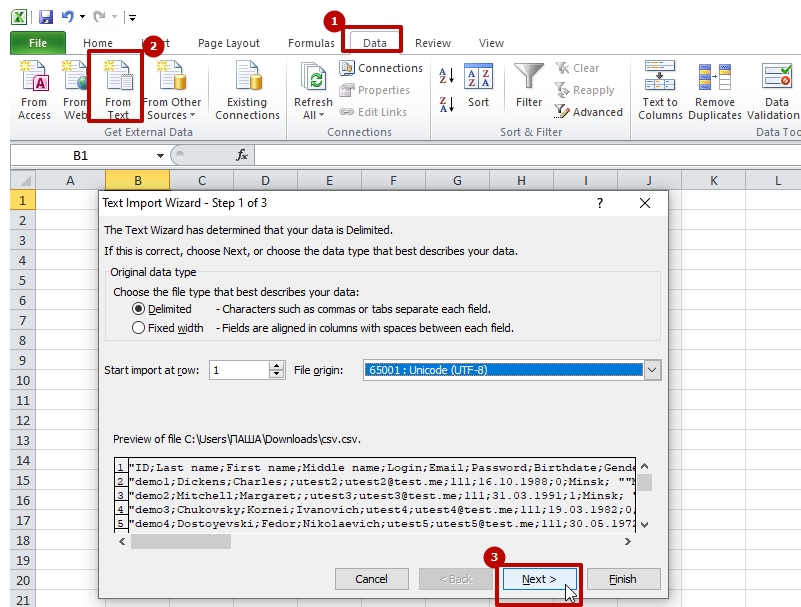 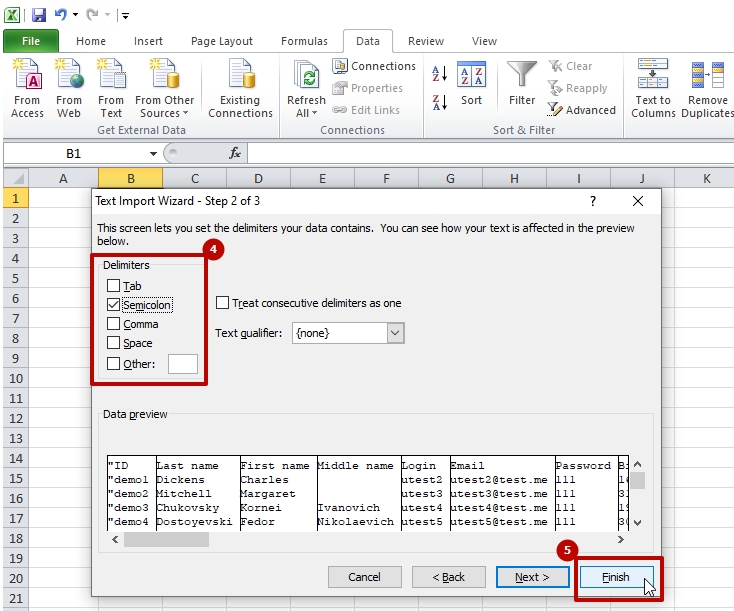 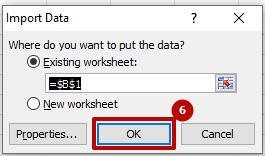 After that you can not only see the data in a convenient tabular form, but also change.

In order to save the result, you need to run the "Save as..." command in Excel and specify "CSV" as the file type. After that you will get a new file for import, it will be in cp1251 encoding and then it will be opened and edited in MS Excel directly. 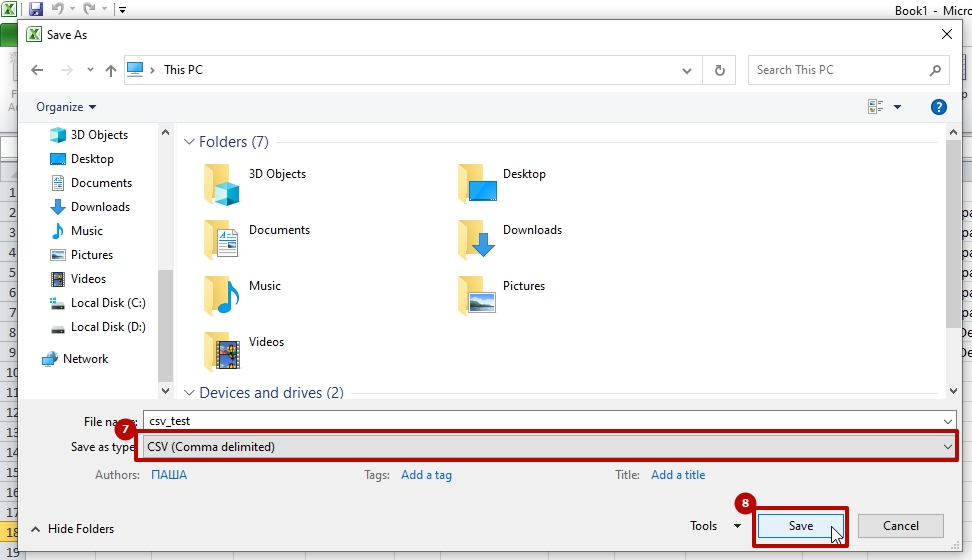